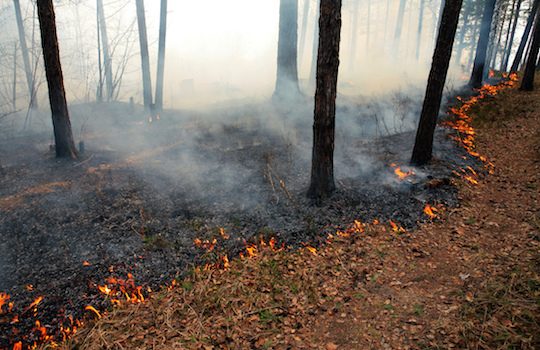 The interpretation of photos is a very important and scientifically accepted method for the study of properties’ boundaries as well as the finding of their possible changes at a specific time. Their photo interpretation is useful for ascertaining the land use at a specific place and for the calculation of any changes from a specific moment in the past until today. This is accomplished either with single image observation or with stereoscopic observation and processing of stereo-pairs.

During an image observation for the outcome of conclusions, differentiations in shapes and sizes of depicted objects are examined as well as differentiations in tone and texture of the image. During the observation of a stereo-pair, the subject of interest is examined as it is in reality since 3D observation and images’ enlargement are achieved. In addition, complex technical cases can be dealt like dimensioning of objects in space, not only from stereo pairs but also from single oblique image of a previous year like in the attached photo (NCMA  S.A. archive, Athens, oblige photo of 1929).

For the total of Greek area, the HGMS and NCMA S.A have a rich, historical archive of aerial images, which covers series of aerial photography in different scales and resolutions. The archive can be exploited in land use studies, characterization of forested areas, monitoring of residential development, arbitrary building location, documentation of older regimes, river flow changes, coastlines and in many other applications.

Modern technology of digital photogrammetry gives actual measuring results with impressive accuracies using as primary data historical data even from amateur photos of the previous century. In the example of the quarry presented here, the expansion of excavations have calculated from 0.114 km² to 1.058 km² and the depth of excavation exceeding the 140 meters in a certain location, within a period of 30 years.